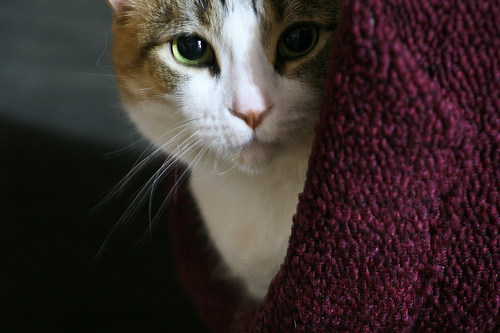 Here's Cleo, one of our cats. She's not my favourite, mostly because she just lays around all day and expects to be pet. I took this photo shortly after purchasing my camera and I didn't really know what the heck I was doing. ISO: 400, Exp: 2.5 sec, Aperture: f/4.5, Focal length: 100mm. 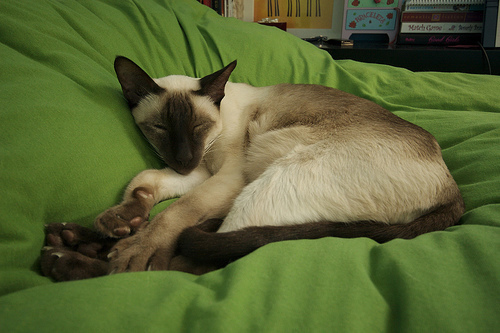 We're taking Simon (the stray Siamese cat Heather rescued from our back parking lot) to the vet today to have his teeth cleaned and some pulled. Poor kitty! Hopefully, he'll be a happy cat once he's better. 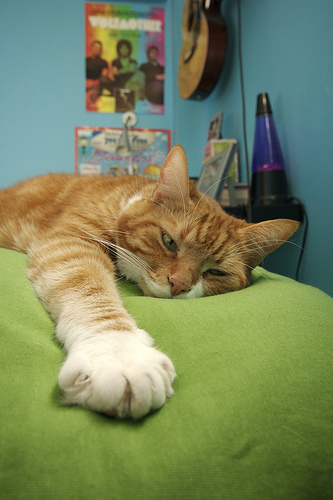 This picture of Chester was taken a little while ago while I was experimenting with my new Sigma 10-20 super wide angle lens on my Canon 30D. I like the effect because it makes Chester's paw in the foreground seem larger than it is. I also like the rest of the composition with the colour of the wall, the bright green comforter, the lava lamp, guitar and rock poster. This photo really shows off what a lazy cat Chester can be.